Social Healing and the Future of Culture

World-System and cultural crises are unfolding around the world in various communities and societies. Social healing practitioners are needed at scale to respond to these cascading crises. Social Healing practitioners facilitate, coach, and lead social healing practices. These practices enable the development of whole persons and whole systems across multiple professional domains, contexts, and levels of practice. The transformation of collective trauma is the primary intent of practicing the art and science of social healing.

This course explores personal, historical, cultural, and archetypal perspectives to transforming trauma. Participants in this course will engage in collaborative inquiry into aesthetic, psychological, and political responses which bring about social healing and cultural renewal.

Through active dialogue participants and presenters engage complex issues of climate change, economic injustice, intimate violence, stereotyping and scapegoating, and ethnic conflict, while exploring the practices that might create conditions of social healing such as restorative justice, rebuilding trust in the aftermath of trauma, the power of empathy, and the role of awe in recasting our vision of the world. These principles and practices have been the focus of the Center for Social Healing established in 2009 at Meridian University. 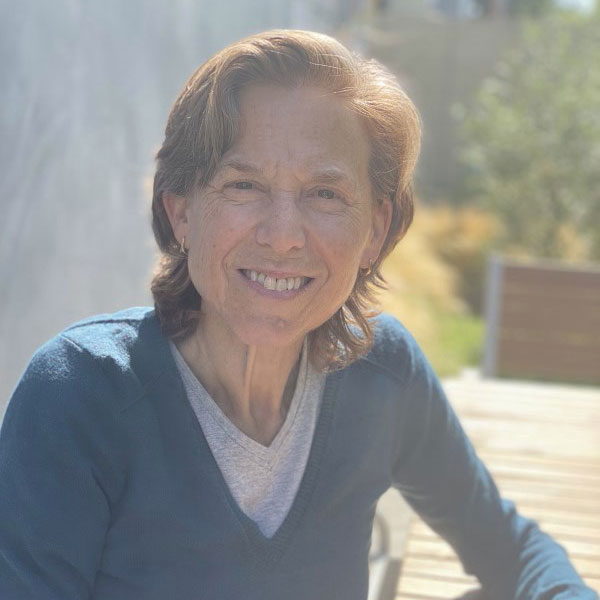 Melissa Schwartz, Ph.D. is the Chief Academic Officer at Meridian University where she guides integrally-oriented programs in Education, Business, and Psychology. The Director of Meridian’s Center for Transformative Learning, Melissa is dually licensed as both a psychologist and as a Marriage and Family Therapist (MFT). She serves as a reviewer for the American Psychological Association’s Journal, Psychology of Women Quarterly, and the California Psychological Association’s Office of Professional Development. As well, she serves as a Subject Matter Expert for California’s Board of Behavioral Sciences in the continual development of the state’s MFT licensure examination. Melissa’s research interests are in the areas of adult development, the psychology of women, integral transformative assessment, and the role of culture in transformative learning. 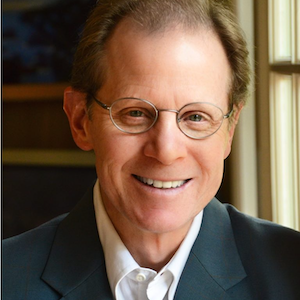 Dr. Dan Siegel is a Clinical Professor of Psychiatry at the UCLA School of Medicine and the founding co-director of the Mindful Awareness Research Center at UCLA. An award-winning educator, he is a Distinguished Fellow of the American Psychiatric Association and recipient of several honorary fellowships. Dr. Siegel is also the Executive Director of the Mindsight Institute, an educational organization, which offers online learning and in-person seminars that focus on how the development of mindsight in individuals, families and communities can be enhanced by examining the interface of human relationships and basic biological processes. His psychotherapy practice includes children, adolescents, adults, couples, and families. He serves as the Medical Director of the LifeSpan Learning Institute and on the Advisory Board of the Blue School in New York City, which has built its curriculum around Dr. Siegel’s Mindsight approach. 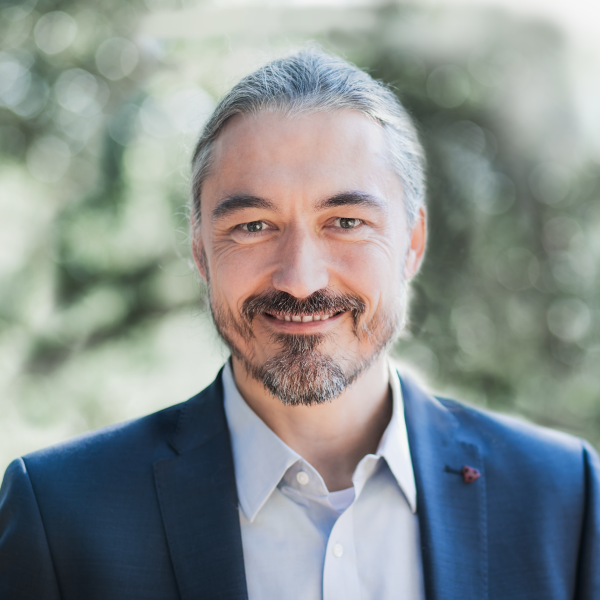 ​Thomas Hübl is a renowned teacher, author, and international facilitator whose lifelong work integrates the core insights of the great wisdom traditions and mysticism with the discoveries of science. Since the early 2000s, he has been leading large-scale events and courses that focus on the healing and integration of trauma. Participants come from around the world, ranging from members of the public to faculty and staff at Harvard Medical School. 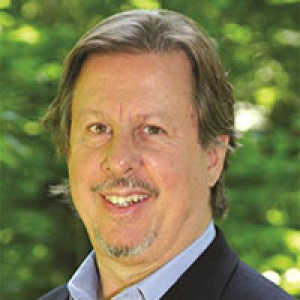 Dr. Richard Schwartz developed Internal Family Systems in response to clients’ descriptions of experiencing various parts – many extreme – within themselves.

In 2000, Richard Schwartz founded The Center for Self Leadership in Oak Park, Illinois. Dr. Schwartz is a featured speaker for many national psychotherapy organizations and a fellow of the American Association for Marriage and Family Therapy, and he serves on the editorial boards of four professional journals. He has published four books and over 50 articles about IFS. His books include Internal Family Systems Skills Training Manual (with Frank Anderson, M.D. and Martha Sweezy, Ph.D.), Internal Family Systems Therapy, Introduction to the Internal Family Systems Model, and The Mosaic Mind (with Regina Goulding), as well as Metaframeworks (with Doug Breunlin and Betty Karrer). 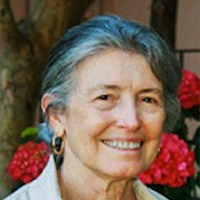 Eleanor Criswell received her Bachelor’s and Master’s from the University of Kentucky and her Doctorate from the University of Florida. She has been a professor of psychology at Sonoma State University since 1969 and has formerly been its Chairperson. She is the editor of the journal, Somatics, and the Director of the Novato Institute for Somatic Research and Training. As a counseling psychologist, she maintains a private practice in psychotherapy and somatics and is the author of Somatic Yoga and Somatics and Biofeedback. 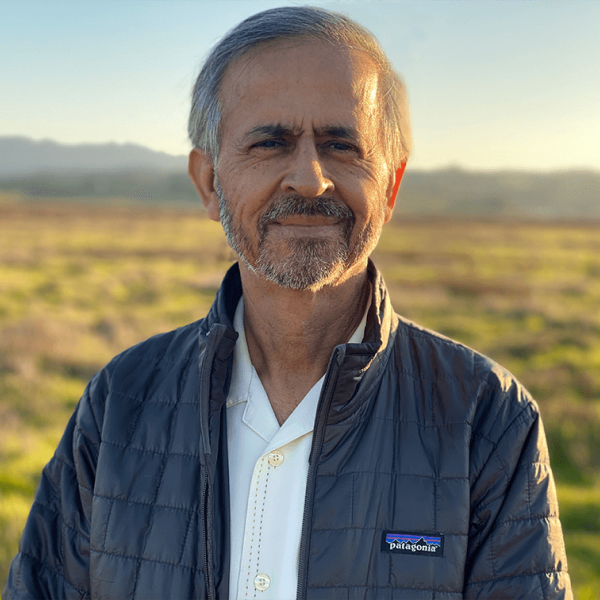 Aftab Omer, Ph.D. is a sociologist, psychologist, futurist and the president of Meridian University. Raised in Pakistan, India, Hawaii, and Turkey, he was educated at the universities of M.I.T, Harvard and Brandeis. His publications have addressed the topics of transformative learning, cultural leadership, generative entrepreneurship and the power of imagination. His work includes assisting organizations in tapping the creative potentials of conflict, diversity, and complexity. Formerly the president of the Council for Humanistic and Transpersonal Psychologies, he is a Fellow of the International Futures Forum and the World Academy of Arts and Sciences.

Aftab's work at Meridian University over the last 30 years has emphasized the development of partnership capability. In an influential article entitled "The Spacious Center: Leadership and the Creative Transformation of Culture" published in 2006, he introduced a new framework for understanding when culture transforms through cultural leadership. 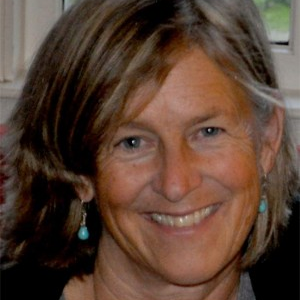 The Chair of Meridian University's Board of Trustees, Susan Shaw has been a family therapist for over 35 years along with teaching and training therapists in family therapy and Narrative Practice. In 1995 she co-founded Narrative Training Associates, a non-profit group dedicated to organizing in the professional community for social justice. Her work has been instrumental in developing the North Bay Organizing Project (NBOP) where she served as Executive Director for over 12 years. Susan directed the development and organizing of the Graton Day Labor Center (Centro Laboral de Graton) from 2003 - 2008, and has served on its board since 2002. She was the recipient of the Activist of the Year Award from Community Action Partnership in 2007.

When Connection Breaks: The Neurobiology of Trauma

Our Longest Journey: From Scapegoating to Presencing Collective Wisdom

We are Different, We are One: Race, Gender and Culture

We are Born Artists: Social Artistry and Transforming Trauma

Reimagining the Rules: The Power of Myth, Ritual and Story

Meridian University is accredited by the Western Association of Schools and Colleges (WASC) - a higher education accreditor recognized by the United States Department of Education. WASC is also the accreditor for Stanford University, UCLA, and the University of California at Berkeley.

Register to Experience the Course

Registration for this course is now closed.